PEK, is the new band with which flautist/composer Jeroen Pek “upcycles” his musical past and present into an eclectic and energetic adventure. It inspired him to write new repertoire for an uncommon line-up. The choice of a line-up with a diversity of backgrounds and generations -between twenties and sixties-, fits into that Upcycle thought. Last but not least, Jeroen has two talented sons both with solid track records. With that, the family component presented itself as added value to the concept of PEK.

The collaboration with Onno Witte spans over two decades. Bands like Pitch Plot 4, PitchWhiteStorm, Onno Witte’s Wildcard, 6 Spoons-1 Kitchen and Jeroen Pek Quartet are some high-lights of these.

Apart from his own trio, German/Italian pianist/composer Christian Pabst was for many years part of Pitch Plot 4. He was a regular accompanist to performer Sven Ratzke for several years and played with Lionel Roueke and Gerard Presencer, among others.

This is the first project in which percussionist/composer/producer Guy Pek collaborates with his father. His professional career began at the age of 15. Besides his own project Grenadeers (with producer Alain Johannes, a.o. Queens of the stone age), he played with bands such as Nachtschade, Meis, Fire Horse, Mendoza Orchestra, Sven Ratzke, (his brother) Liam Pek and theatre company Close Act.

The collaboration with bassist Thomas Pol is also new. He belongs to the generation of up-and-coming young talent. Recently he released his solo CD. He has played with an impressive list of international musicians including Jason Marsalis and Benjamin Herman. His cross-styled vocabulary -jazz, classical, rock- fits exactly into this concept. After all, a band in which the naturalness and urgency of crossovers is an important common denominator. 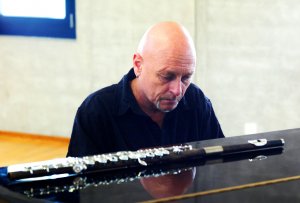